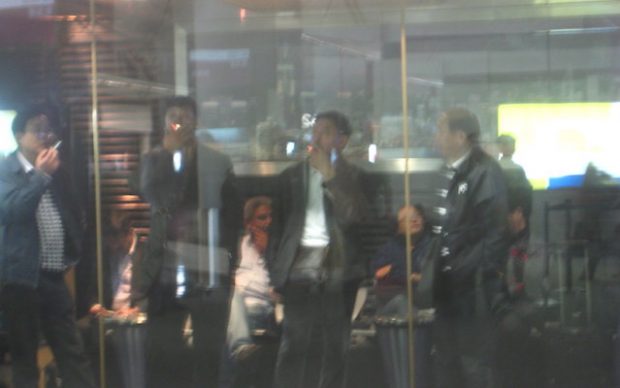 People from around Sydney have descended on smoking lounges across the country, in an effort to get a break from the city’s unrelenting smoke.

“You walk in and ‘bam!’ you’re instantly hit by this wall of relatively fresh air,” Sydney resident Brendan Penn said before stepping into a dedicated smoking lounge in Sydney airport.

“It’s so rejuvenating. I walked out and my clothes were smelling better, my eyes weren’t watering as much, and my risk of lung cancer was considerably reduced,” he said.

Redfern resident Bridget Hall said spending ten minutes in a smoking lounge was the equivalent of smoking 10 cigarettes. “So it’s a real improvement on walking down George Street,” she said.