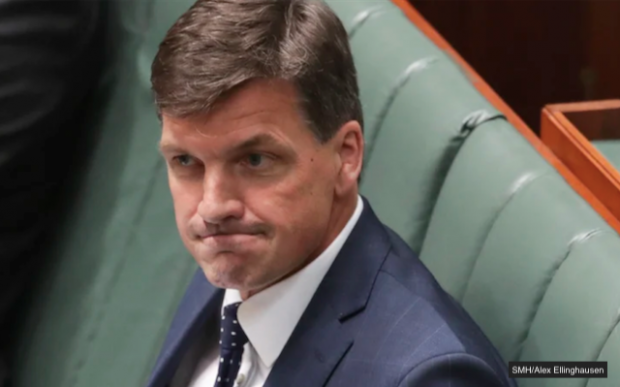 Embattled energy minister Angus Taylor says he knows for certain writer Naomi Wolf was at Oxford in 1991 because he suffered from a rare condition at the time which meant he couldn’t sweat.

Wolf has denied the claim in Taylor’s maiden speech which inferred she had waged a ‘war on Christmas’ at Oxford. But the Coalition minister has stood by his words, saying he had the documents to prove his claims.

“As is made clear from the documents I provided the media last week, there is no way I could have profited from the sale of a $79 million water licence, because Sydney Lord Mayor Clover Moore was at Oxford in 1991, illegally clearing grasslands and Christmas trees,” Taylor told parliament today.

“I know this, because I was at a Pizza Express in Woking, which was a very unusual thing for me to be doing”.

We’ve got Christmas cards for sale