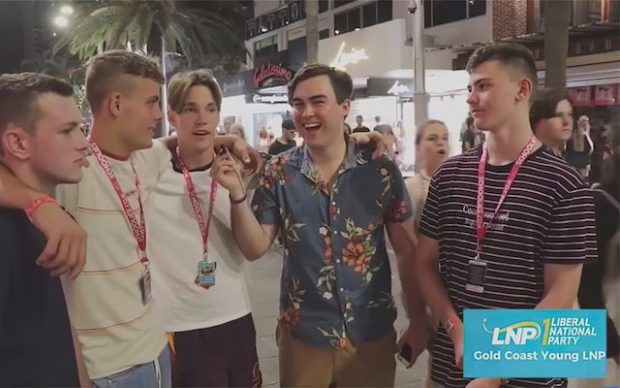 The Coalition has responded swiftly to a racist video filmed by Young Liberals during Gold Coast schoolies celebrations, saying those responsible will spend at least six years as federal Senators.

The party confirmed that Gold Coast LNP Chairman Barclay McGain will be placed into the Senate as soon as possible, with a lower-house pre-selection earmarked for 2025.

“We’ve seen the footage and we’re acting on it straight away,” a Liberal Party spokesperson said.

“I want to make it very clear that views like this have no place in our streets. They should be saved for a federal Liberal Party policy meeting”.

He said he was appalled at what he saw on the video. “We certainly don’t want to be hearing these racist comments in some amateur video whipped up at schoolies. We’d much prefer them to be professionally delivered at a press conference, or at the very least in Question Time”.

Check out our Christmas card range