CLOSE
World
Prince Andrew says photo of him with hand around 17 year-old can’t be him: “I actually didn’t have hands at the time” 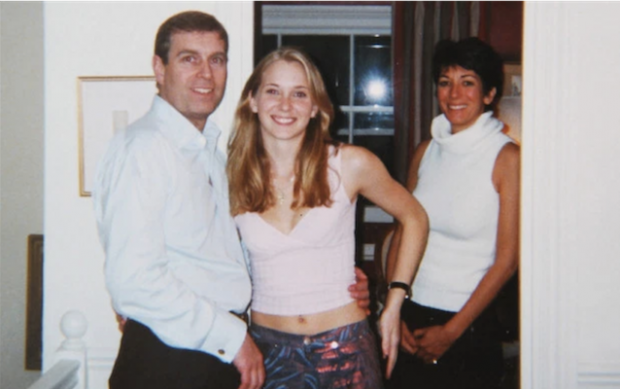 Prince Andrew has responded to ongoing questions about a photo of him with a 17 year old Virginia Roberts, saying it can’t be him because he didn’t have any hands at the time.

“Well there’s a slight problem with the hands, because I had a peculiar medical condition at that point in time which meant that I didn’t have any hands, due to an incident during the Falklands War. So I’m afraid to say it simply can’t be me”.

He said his hands were starting to slowly return. “My hands are starting to grow back now. But back then they simply weren’t there – just stumps I’m afraid”.

The Prince said he wasn’t even at Jeffrey Epstein’s house on the night in question.

“I was at Pizza Express in Woking. And I remember it clearly because I was eating pizza directly off the table with my mouth – I didn’t have any hands you see – and that is quite an unusual thing for a Prince to do”.

Asked if he felt remorse for his actions, he said he thought about it every day. “Eating pizza directly off a table with your mouth is a disgusting thing to do. I had sauce all over my face. So yes, I think about it often and I’m ashamed about it”.

He said that he was concerned about the potential for further police investigation into his conduct, but wasn’t sweating over it, due to an incident in the Falklands War.