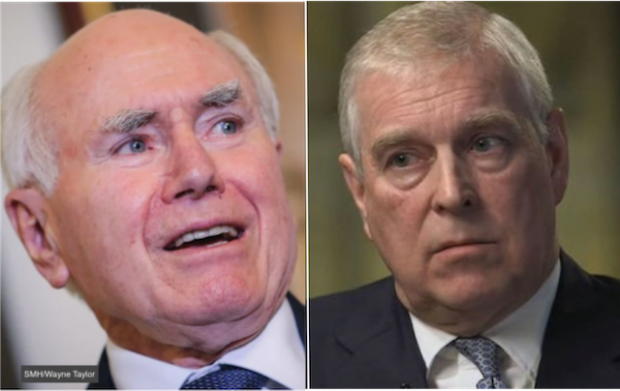 John Howard has come to the aid of Prince Andrew, with the former PM saying he has plenty of experience in publicly backing convicted sex offenders.

After the Prince’s disastrous BBC interview about his friendship with Jeffry Epstein, Mr Howard – who earlier this year wrote a character reference for convicted paedophile George Pell – said he would be happy to help.

“Putting your full support behind a convicted sex offender is a bit of a dying art these days,” Mr Howard said.

“Prince Andrew looked a little tentative, to be honest. So my advice would be for him to be a little more confident in really getting behind Epstein”.

As Prince Andrew announced that he would be stepping down from official roles, Mr Howard said he would be welcome in Australia.

“If he’s having a tough time of it over in Britain, I’d advise him to come to Australia for a while. With two former Prime Ministers and an entire news organisation throwing their support behind a disgraced sex criminal, I think he’d find he’s in good company.”