CLOSE
The Nation
Tissue In Your Washing This Morning Due To Same Sex Marriage, Israel Folau Claims 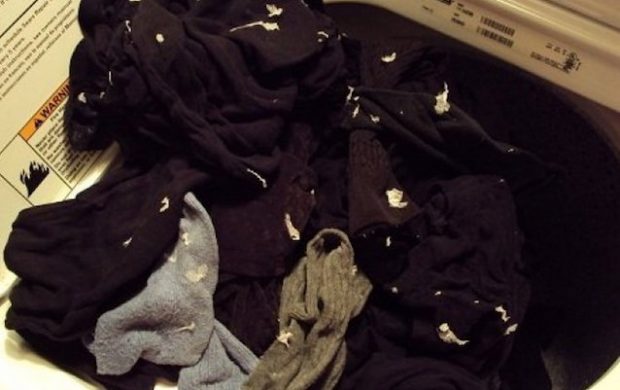 A tissue which was left in your washing machine and then dispersed throughout the entire load was caused by the government’s decision to legalise same sex marriage in 2017, Israel Folau has confirmed.

The former NRL player and current bigot said the increasing frequency and intensity of tissues in washing was God’s punishment for allowing two people of the same sex to marry.

“When you are frustratingly trying to pick off bits of tissue from your shirts and trousers, little piece by little piece, remember that it is your tacit approval of two men getting married in Darlinghurst last weekend that has caused this. It’s very clearly stated in the Bible,” Folau said.

“You can try putting on the load again in a futile attempt to dislodge the tissue, but as long as you support this wicked act of two people who love each other getting married, you will continue to find small pieces of tissue in your clothing for many months to come”.

Folau did later temper his comments, conceding that the annoying moment when the door on the washing machine locks when you want to open it is not caused by same sex marriage. “That’s caused by abortion”.