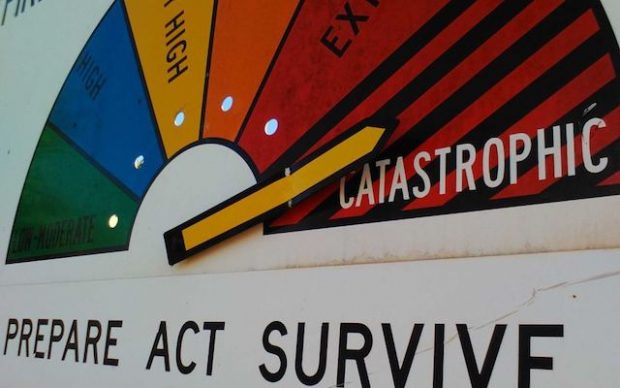 Emergency services have responded to this week’s political shitstorm by setting the government bullshit meter to “catastrophic” – the highest possible rating.

The rating system warns the public to be vigilant in the face of an increased risk of bullshit spewing from the mouths of politicians, particularly in New South Wales and Queensland.

“Political bullshit is a natural phenomenon in this country; it’s part of the ecosystem. But this season’s bullshit is piling much higher than usual and it’s incredibly dangerous,” a local fire chief said.

Government Ministers have denied that this week’s bullshit is in any way remarkable and certainly not a result of a change in the political climate.

Australia has traditionally engaged in ‘bullshit backburning’, a preventative measure designed to release political bullshit at unpleasant but controllable levels. A Barnaby Joyce press conference is one such favoured measure.

The Bullshit Meter has has not been set to “catastrophic” since 2017, when Tony Abbott publicly announced he supported Malcolm Turnbull as Prime Minister.