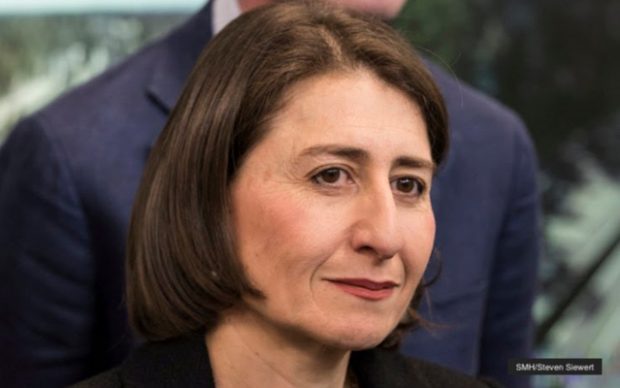 NSW Premier Gladys Berejiklian has backed the words of the federal government, saying a 37 degree day in Spring is hardly the day to be talking about global warming.

Talking to media today, Ms Berejiklian said now was the time to focus on getting an extra air conditioner installed, not rising temperatures. “Sorry but I’m not going to answer that, not today,” a frustrated Berejiklian said.

Pressed further, the Premier said she simply wasn’t go to get into a debate about the climate. “It’s 37 fucking degrees,” she said, wiping pools of dripping sweat from her forehead.

“Frankly it’s insensitive to all of the Australians who are … Christ it’s hot in here, can I get a water please?”

Fanning herself with a scientific report on the effects of global warming which was handed to her during a short break, the Premier continued.

“Save your climate change talk for another day. But today of all days – when it’s the middle of November and it’s almost 40 bloody degrees in Sydney – is not the day to be linking rising temperatures to global warming”