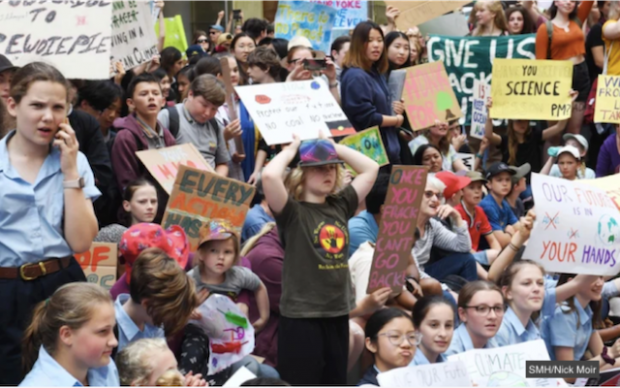 Prime Minister Scott Morrison has softened his stance on protests, saying he is willing to allow them if they refrain from expressing a point of view and are held in a small sound-proof room away from public areas.

“I’m a big supporter of free speech – as long as it is impartial, innocuous and behind closed doors,” Mr Morrison said.

“The problem with these recent protests is that they have been out in the open where other people can see them. And some of the protests have been dealing with topics that can be a little contentious. It’s not in the spirit of the thing.”

Under the proposed changes, protest groups would submit their signs and chants for pre-approval, and then be assigned a room in which to hold their protest.

Mr Morrison said there were plenty of chants protesters could use that would not challenge or upset anyone.

“One of the chants I used to like at university was:

‘An orderly preservation of the status quo’

‘Over the next forty to fifty years, preferably longer’

“It still sends a tingle down my spine”.