CLOSE
World
Doubts Emerge Over Whether Trump Was Actually In Tunnel, Pulled Trigger When Al-Baghdadi Died 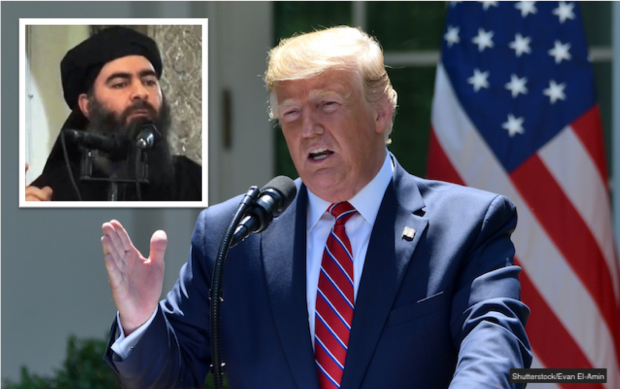 Doubts have begun to emerge about Donald Trump’s claim that he personally chased ISIS leader Abu Bakr al-Baghdadi into a small tunnel, placed him in a choke hold, grabbed his weapon and shot him dead in a Syrian compound earlier this week.

With limited footage available, it is difficult to say for certain what took place in the small Middle Eastern enclave, but experts are now claiming certain small details from Trump’s story may have been exaggerated.

“I can buy that he was there in Syria on the front line fighting against the ISIS terrorists. But the claim that he actually ran down into the tunnel shouting ‘I’m going to kill you, you very bad man!’ before wrestling him to the ground, I’m starting to wonder about,” military expert James Beroni said.

“I mean sure, the claims that Donald Trump personally tracked the head of ISIS down to his hiding place do sound legitimate. But the idea that Trump then did a very tremendous negotiation with him, to cause him to hand over his weapon does sound a bit much”.

But Trump’s supporters – like Jessie Wilton from Nebraska – say the claims are definitely true. “Not only did he find and then kill al-Baghdadi, he actually filmed it – and that live stream was one of the highest rating programs on network television.