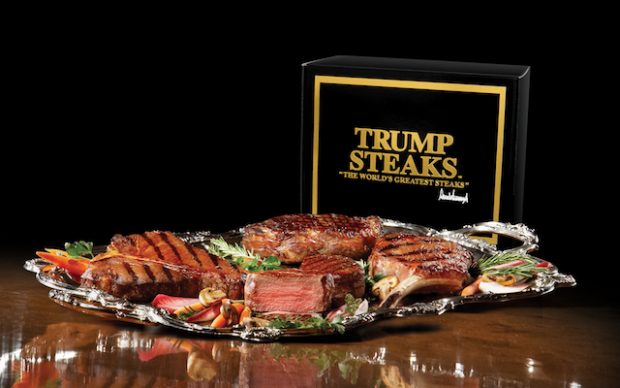 Although Trump Steaks has never made military equipment before, it was considered the most appropriate for the job by far, a spokesperson said.

“We considered a number of suppliers – including some of America’s most experienced arms manufacturers. But in the end Trump Steaks stood out as being the best fit. It was strongly recommended to us”.

The panel dismissed doubts about the appropriateness of awarding a government contract to a company owned by a sitting president, saying that apart from the name of the company, there was no clue that this business was related in any way to the president.

The head of the independent panel released a statement saying, “Trump Steaks are the best; truly the best. A lot of very smart people have told me how great their steaks are. When it comes to building high-tech multi-million dollar machinery, Trump Steaks makes the juiciest, most tender steaks around”.