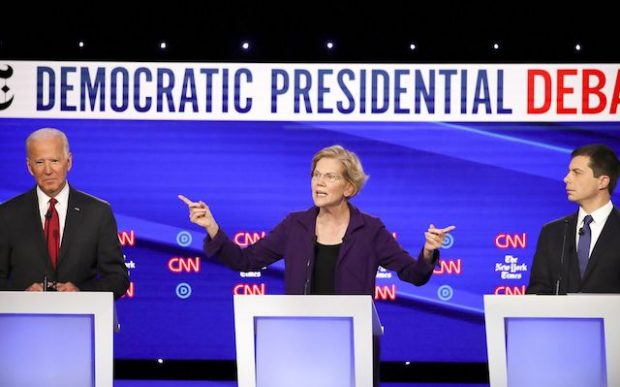 Donald Trump has unleashed a Twitter tirade, accusing the media of bias for not showing a single Republican candidate on last night’s presidential primary debate.

Calling it “a very big scandal”, Mr Trump said he had always known the elections were rigged against him.

“Watching the debate and NOT A SINGLE REPUBLICAN. All 12 candidates are Democrat. A very big scandal. And they accuse ME of fixing elections. Another example of the corrupt FAKE NEWS MEDIA,” he tweeted.

Mr Trump also said the ratings for the debate were very low. “No one is watching this debate. It is very bad. People have better things to do”.

Mr Trump’s staff confirmed the President was never invited to the debate.