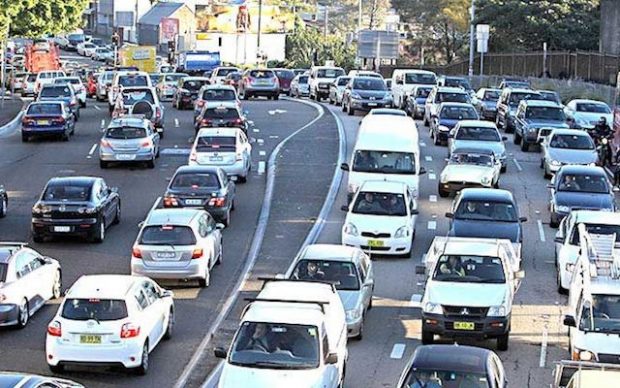 Office worker Darren Lacone has managed to get from one side of Sydney to the other in sub two hours, breaking a mark that many thought humanly impossible.

Lacone completed the journey in a time of 1:59.40, setting off from Cronulla at 7:30am this morning, and pulling into Manly at just after 9:30am, smashing the previous record of 2.5 hours.

A break-down of the journey shows he had to average 21km per hour, or more than 350 metres every minute for the length of the trip.

“To put that into perspective, that’s under three minutes per kilometre, or 68 seconds for every 400 metres. That’s insane,” fellow driver Shaun Reicards said. “I mean, I could probably sustain that for a few kilometres if I got a good run of lights. But to travel that fast for that long, given how utterly shithouse Sydney’s traffic is, is just amazing”.

Lacone had 450,000 pacesetters with him on the road, who switched and changed throughout the journey.

“I got off to a pretty bad start – it took me 23 minutes to turn right onto the main road near my house. And when some goose tried to do a U-Turn on Military Road, I thought the whole thing might come unstuck. But when I managed to get to speeds of upwards of 40km an hour near the finish line, I thought I might be able to pull it off. I’m just happy to only be half an hour late for work,” Lacone said.