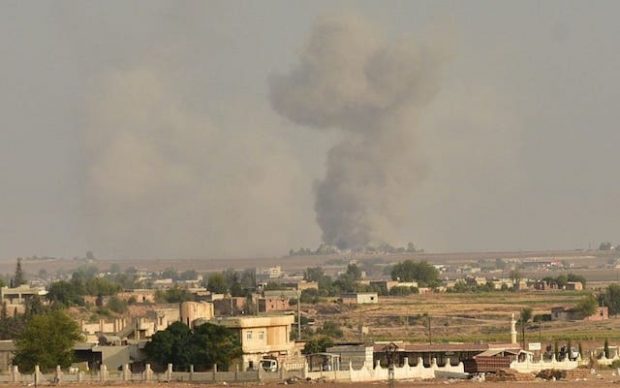 Preparation work has begun on a glittering new Trump hotel in north-eastern Syria, with the final building likely to be situated in nearby Turkey.

Trump employees began clearing away unnecessary buildings and people in the area, to make way for the exciting new project.

“Some of the older buildings and people on the site will have to be removed, but this is going to be a tremendous building, believe me,” Mr Trump said.

As construction got underway, plumes of smoke could be seen rising from the rubble and thousands of people could be seen running. “It’s creating a lot of excitement, a lot of interest, I can tell you that,” Trump said.

The luxury 200-room hotel – which includes a pools, multiple restaurants and five exclusive bars – will cost $200 million and an undisclosed number of lives to build.

“I put a lot of blood and sweat into building these things. I’m very proud of it,” Trump said.