CLOSE
The Nation
People Forced To Find Other Ways To Be Insensitive Wankers, Now That Uluru Closed To Climbers ﻿ 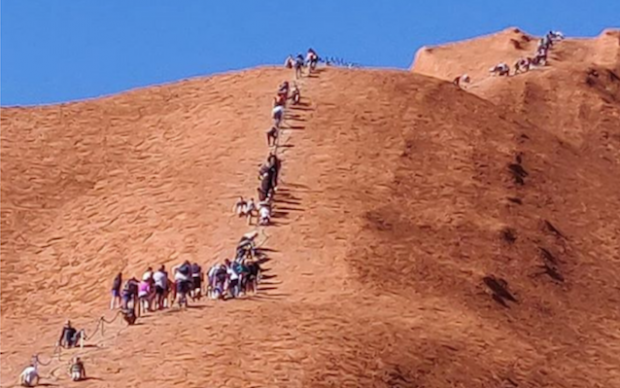 Those looking to shit on culturally sacred icons will need to look further afield, once Uluru is closed to climbers later this month.

As thousands rushed to central Australia for one last chance to disregard the wishes of Indigenous people, many were worried they may be running out of options to be an absolute tactless wanker.

“I am concerned we’re running out of ways to trample on other people’s culture, I really am. All I want to do is show my lack of respect, is that too much to ask?” climber Robert Ellis told journalists.

Fellow climber Julie Panton said this was an important opportunity to listen to the concerns of Indigenous leaders, and then ignore them. “But I’m not sure how many other opportunities there will be to do that,” she said.

But support groups reassured the climbers that there were plenty of other ways they can put their insatiable desire to tick off a bucket-list item ahead of thousand-year-old tradition.

A statement to concerned climbers read, “Have you considered holding a bucks party in Arnhem Land? What about the sacred cultural sites in Asia – there are countless ways to be insensitive there. Or, if you want to disrespect something a little more recent, you could get pissed and trash a war memorial at Gallipoli, if you haven’t already of course”.