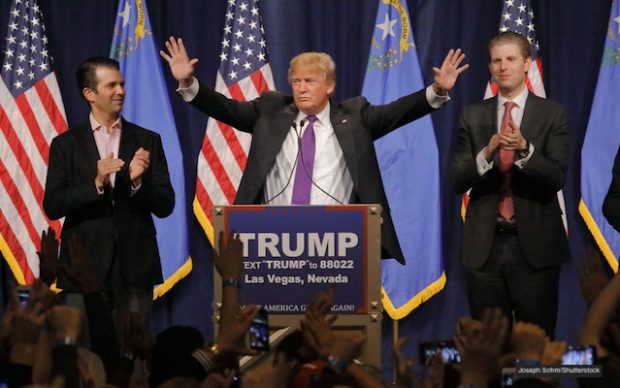 Donald Trump has brought together his senior advisor and the joint heads of his business organisation (sometimes referred to as his ‘children’) to call out the shocking nepotism of Democratic presidential candidate Joe Biden.

“Don’t you think it’s a little suspicious that the guy who gets a sweet job on the board of a Ukrainian gas company has the surname ‘Biden’ – the very same surname of the frontrunner for the Democratic primaries”, Eric Trump told a rally in Nebraska yesterday.

“He wasn’t qualified for the job. He had no experience. Clearly, he got that job because of his dad. When will this corruption stop!” Eric said.

“This is family favouritism at its very worst,” the President’s senior advisor/daughter, Ivanka Trump told journalists.

She said she would use the next G20 summit to express her country’s dismay at the blatant corruption.