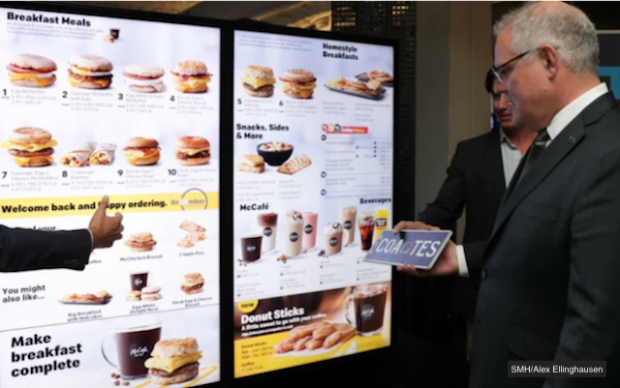 The White House has confirmed that the Australian Prime Minster did a filthy shit in his underwear while touring a Maccas drive-thru as part of his official US visit yesterday.

Mr Morrison – who has a history of loading his pants full of shit at McDonalds Family Restaurants – is yet to address the claim.

The embarrassing shit occurred while the Prime Minister was visiting a new ‘smart drive-thru’ technology facility in Chicago, with onlookers expressing surprise at how comfortable he seemed.

“He appeared to be enjoying himself, and then he loaded up his pants with a massive shit, without really being fazed at all. It was as if it’s something he does quite a lot,” one staff member said.

The White House released an official statement confirming the shit. “The Australian Prime Minister visited a McDonalds facility in Chicago today and was very impressed with the technology on display. He also did a massive shit in his pants,” it read.