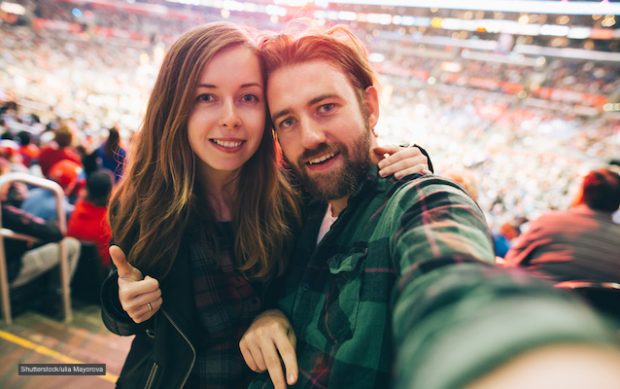 GWS Giants fans have swamped Melbourne ahead of Saturday’s clash with Collingwood, with both saying they are hopeful of a grand final berth for their team.

Virgin and Qantas considered putting on extra flights to accommodate the influx of Giants fans, but later confirmed they were able to find half an aisle free on an existing flight.

GWS fan Josh Leech – whose wife Sarah is also a fan – said he hoped ticketing arrangements would allow all of the GWS fans to sit together, to create maximum impact. “We’ve asked the MCG whether they can organise both seats together. It can be a pretty intimidating site for an opposition player to look up and be confronted with a sea of orange”.

Sarah Leech – whose husband Josh is also fan – said the GWS cheer squad would march to the ground together. “Josh might duck off to get a record while I hold the flags, but otherwise we’ll be a unified force. Collingwood doesn’t know what’s going to hit them”.