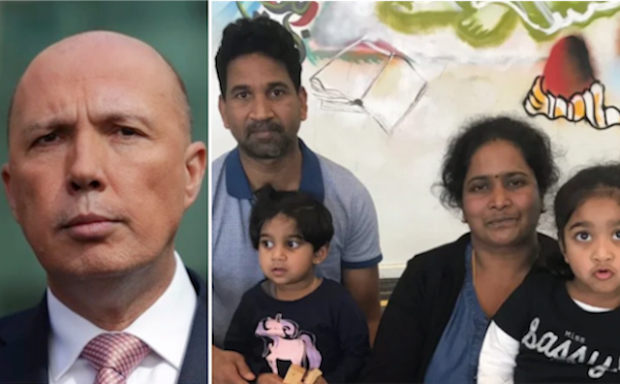 The young Tamil family deported to Christmas Island at the weekend have been granted a last minute reprieve by Home Affairs Minister Peter Dutton, after clarifying that they are part-time au pairs looking to gamble big at Crown Casino.

Mr Dutton said it was an honest mistake by his department to deport the family, and that the error had been corrected as soon as he was notified.

“It was a simple mix up. I thought they were a hard-working, honest family escaping persecution and looking to start a better life in Australia, which is why I ordered their immediate removal. But as soon as I learned that they are wealthy gamblers who work part time as nannies, I changed my decision. Obviously, given that new information, the compassionate thing to do is to let them stay”.

He reiterated, however, that immigration was a difficult area and that rules needed to be strictly followed. “There are rules for desperate people seeking asylum and there are rules for rich people betting at Crown Casino. We’ve followed those rules to the letter”.