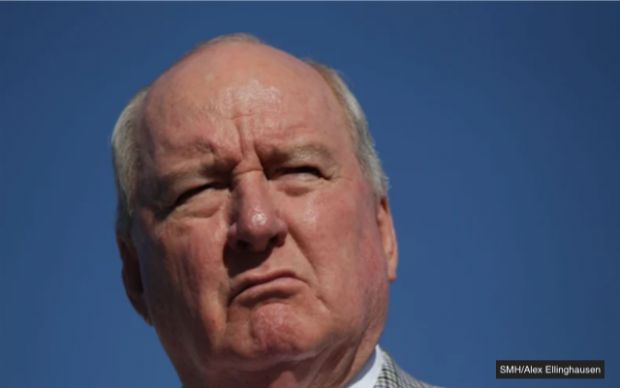 Sydney radio station 2GB has told Alan Jones if he makes one more derogatory comment about women he will be immediately threatened with sacking.

The Macquarie Media chairman said enough was enough and that the network would continue to stand by its policy of saying it doesn’t tolerate such behaviour.

“I have today discussed the matter with Alan and advised him that any recurrence of commentary of this nature will result in us threatening to terminate his contract straightaway.

“That’s it. No ifs, no buts. One more time and we’ll give him the ultimatum”.

The chairman said he had no qualms in threatening to rip up Jones’s contract.

“He has a big reputation, but he’s not untouchable. One more ‘put her in a chaff bag’ comment, one more ‘shove a sock down her throat’ line, one more ‘let’s hang her 58 metres over George Street’ quip, one more ‘died of shame’ analogy, one more ‘her head is in a noose’ jibe, and let’s just say he’ll be on very, very thin ice”.