CLOSE
Entertainment & Sport
Jones Says He Was Misinterpreted. “I Meant To Say I Am Threatened By Powerful Women And I’m Terrified That They May Be Smarter Than Me” 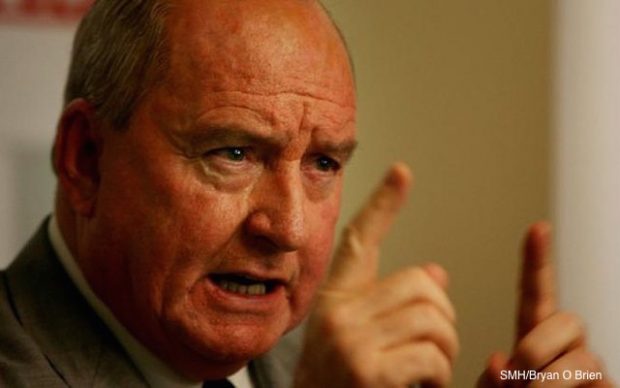 Sydney radio host Alan Jones says his comment that New Zealand Prime Minister should ‘have a sock shoved down her throat’ was wilfully misinterpreted and that obviously what he meant to say was that he finds women in positions of power absolutely terrifying.

Jones used his radio show this morning to take aim at those who had criticised his choice of words.

“Yesterday I used the phrase ‘shove a sock down her throat’ in reference to Ms Ardern. The word police are out in force of course.

“Clearly what I meant to say was that I am threatened and intimidated by intelligent women and I have a deep psychological need to wield power over them. Anyone who knows me knows that that’s what I meant. It’s a very common Australian phrase”.

Jones said it was a storm in a teacup. “People obsess over the slightest slip ups in language. Why do people choose to get so worked up by a simple misuse of words when it’s just so obvious that what I meant was I’m a scared little man that’s terrified that a woman might have more influence than me?”