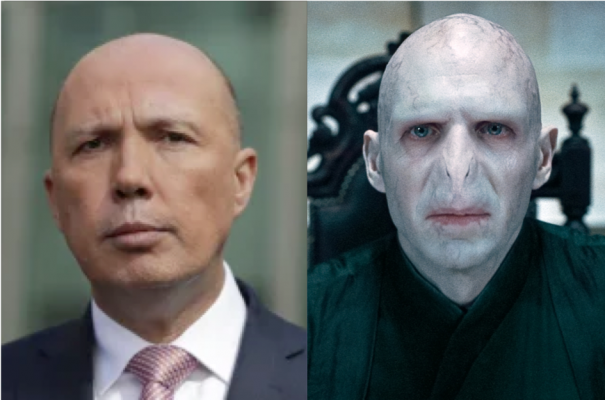 According to the popular ageing app FaceApp, Home Affairs Minister Peter Dutton will remain a pasty, horrible man, although in the future he’ll be wearing a tie.

The original image (right) shows Peter Dutton now, while the image on the left shows him in two decade’s time – a little better dressed, but otherwise essentially the same.

While other people who have used the app have seen big changes to their hair and facial features – often with hilarious results – it doesn’t appeared to have had the same affect for Mr Dutton.