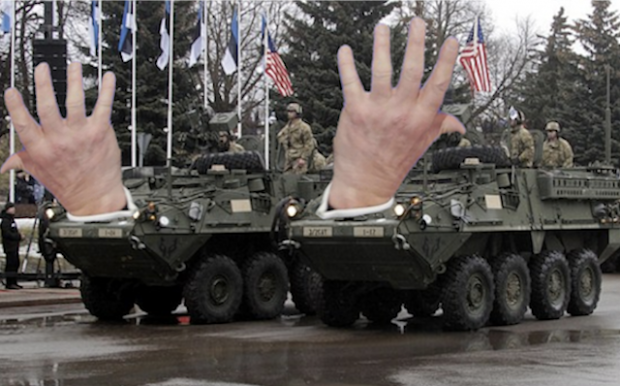 Donald Trump has used an Independence Day military parade in Washington to prove to his detractors that he has a huge pair of hands.

In a sign that he is in no way at all worried about what people might think of the size of his hands, Mr Trump organised a life-size replica of his hands to be paraded on the side of a military tank, as part of the July Fourth festivities in the capital.

“What huge hands Donald Trump has!” the crowd exclaimed, as the two enormous appendages travelled past, knocking many revellers off their feet.

“There’s nothing like a full-scale military parade to prove to everyone that you’ve got a massive pair of hands!” one supporter said. “His hands are bigger than any man’s I’ve ever seen. Much bigger than Obama’s hands!”