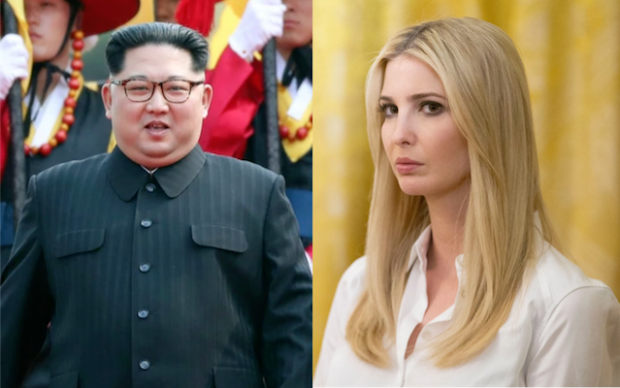 Ivanka Trump, the daughter of the US President, says she was taken aback when she realised her high profile meeting in North Korea wasn’t with socialite and entertainer Kim Kardashian.

“When dad said ‘can you sit in on a meeting with Kim for me?’ I jumped at the chance. And then some weird-looking Asian dude walks into the room,” she explained.

“I mean, sure, they told me the meeting was with the head of North Korea. But I just assumed North Korea must be some new fashion label that Kim had started. Turns out it’s a whole country”.

She said she it was a total waste of her time. “I was thinking that we could’ve got some great pics for our Instagrams, but instead I’m stuck with this weirdo guy for half an hour. He didn’t even speak American”.

The despotic leader – often described as childish and erratic – was unable to attend, and sent his daughter in his place.