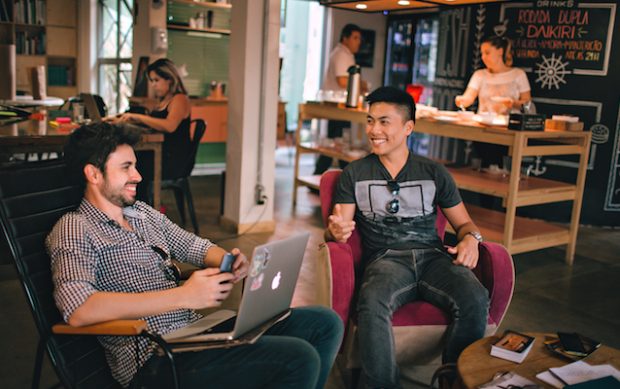 Saying it was like that Simpson’s episode where Homer breaks his jaw and can’t speak, a Sydney man has admitted he literally can’t go two minutes without making a reference to The Simpsons.

Andrew Reece, 35, says his social skills are entirely reliant on a cartoon series.  “I once had a date where I tried not to make a Simpson’s reference. But it was a bit like that Simpson’s episode where Mr Burns craves his childhood teddy bear, Bobo,” Reece explained, before launching into a fairly shit impersonation of Mr Burns.

“I think I’m getting a lot better though – I’ve definitely improved my conversation skills recently. A bit like that episode where Homer tries out improv comedy to improve his public speaking skills. Oh my God that was so funny,” Reece said, before reciting eight-minutes of the episode word-for-word.

Reece’s friends, who describe his insistence on bringing the Simpsons into everything as ‘really fucking annoying’, say he will often shout out a quote from The Simpson’s without any context. But Reece says it’s not as bad as they make out. “No, not at all. ‘Most of you will never fall in love, and marry out of fear of dying alone!’ Ha ha!

“But seriously, it’s just a bit of a sideshow really. Oh my god, which reminds me of that episode where Sideshow Bob steps on a rake, have you seen that one? So good”  “