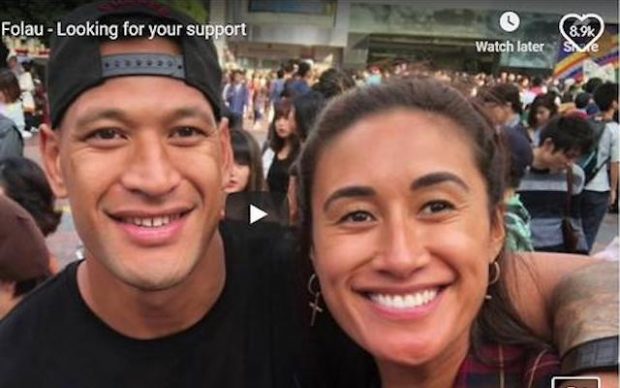 Funding for the legal action Israel Folau himself initiated, to defend the bigoted statement he himself chose to post, has been thrown a lifeline, after his GoFundMe campaign was pulled from underneath him yesterday.

A new option has emerged called ‘GoFundYourself’, an innovative service which allows multi-millionaires to fund their own legal costs, without even the need to set up a webpage.

Under the pioneering program, people on $4 million sporting contracts can simply decide to take responsibility for their fucking actions, and pay funds directly to their legal team, cutting out the middle man altogether.

GoFundYourself has been described as ‘infinitely simpler’ than GoFundMe, which requires users to combine small amounts from strangers, and – annoyingly – compete for funds against children with actual real-life terminal illnesses.

In one hypothetical example used to explain the system, a man with a $7 million property portfolio and a $500,000 Lamborghini who receives an invoice from his lawyer would just fucking pay it from his bank account.

“It’s amazing how quickly you can reach your funding target when you pay for your own shit,” one fan of the service said.