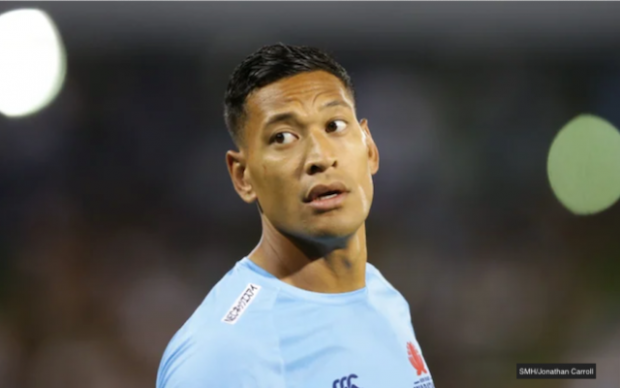 Quoting the part of Luke’s gospel where Jesus crowdfunded his legal costs to fight the Romans, former Wallabies player Israel Folau today said his GoFundMe page is simply his way of following in the Lord’s footsteps.

“Whenever I’m faced with hardship in my life, I ask myself ‘What would Jesus do?’ And the answer in this case was pretty clear: set up a crowdfunding webpage to source $3 million of other people’s money,” Falou said.

He said the gospel was his guide for all parts of his life. “I take inspiration from the verse that says, ‘Hell awaits homosexuals, atheists and thieves, and www.Gofundme.com is a super convenient way to get other people to pay for a top-notch legal defense’”.

Falou – who, like Jesus, is a multi-millionaire –  has been accused of hijacking a website that is usually associated with raising money for terminally ill children. But the former AFL and rugby union player said the Bible was pretty clear on such issues.

“Helping sick kids is important, sure. But as Jesus himself would have said, getting the very best legal team around you so you can take on your former employer is even more important”