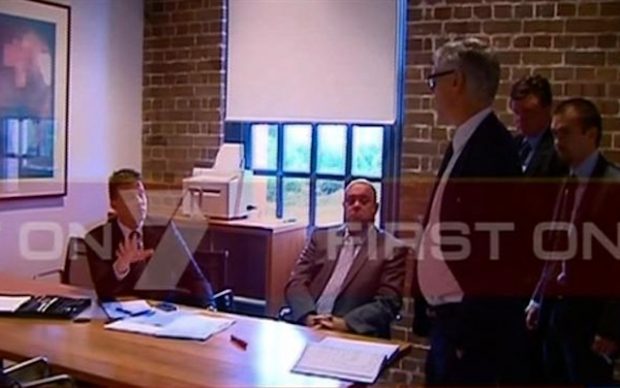 Following raids on News Corporation and the ABC, the Australian Federal Police stepped up its operations over the weekend, entering Channel 9 headquarters and demanding to know the simple electricity-saving tips that could save you thousands.

During the raid, which lasted more than four hours, six AFP offices interviewed staff of popular program ‘A Current Affair’ looking for the secret information on a wide range of topics.

AFP spokesperson John Riley said the raid was in the national interest. “We had some very simple questions. How can Australians slash their electricity bill in half, what are the ‘Queen of Clean’s’ tips for removing carpet stains, and how can ordinary Aussies save big at the bowser?”

Riley said they were also interested in evidence of African gangs running rampant across Melbourne.

Staff said they refused to answer the officers’ questions and urged them to tune in 7pm weeknights for all the answers.