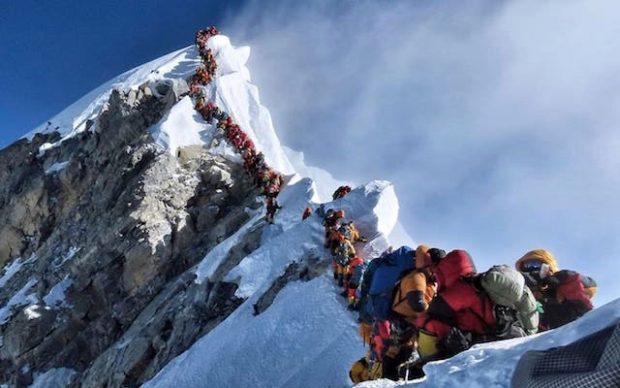 Mt Everest authorities have responded to the frustrations of climbers queuing for cash, saying they will install a second ATM on the mountain before the end of this month.

With just a single cash machine on the mountain, the line can often stretch back for over 100 metres, with agitated climbers having to wait up to an hour to withdraw money.

“It’s ridiculous,” experienced climber James McEwin told journalists. “The café at the top only accepts cash, but yet there’s only one ATM on the mountain. You’ve literally got no other choice but to line up for hours, just to get a coffee. It’s a pretty poor customer experience”.

The process is made even slower by the fact that many climbers wear thick gloves, making it more difficult for them to use the ATM keypad. “It’s like some of these people have never used an ATM at 29,000 feet before. It’s infuriating,” McEwin said.

He said that there have been times with the ATM has been out of order. “That’s when things really get ridiculous. You can’t even give money to the buskers at the top”.

The second ATM will be installed directly next to the first ATM, with climbers being asked to form two lines.