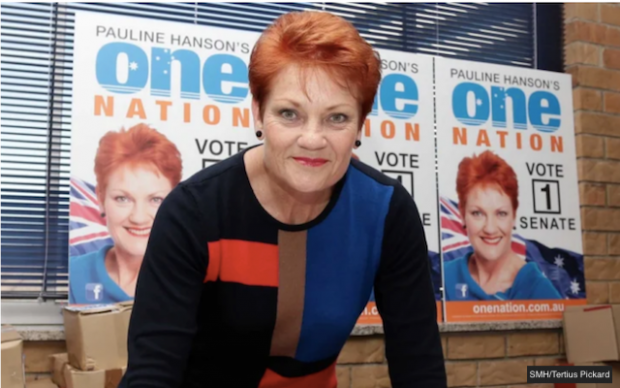 Surprising pollsters and political analysts alike, a party that is polling at just over 4% of the national vote speaks for the majority of Australians, it has been revealed.

“I am the voice of over half of all Australians, or about one in twenty if you want to be really pedantic about it,” the party’s leader Pauline Hanson said.

She said the majority of Australians supported her views but were being silenced during an election in which every adult has the right to vote.

“People simply don’t have a chance to have their say,” she said.

Ms Hanson says she has the guts to say what other people are thinking. Research shows that what most others are thinking is that they won’t be voting for One Nation this year.