CLOSE
The Nation
Explainer: The Shovel’s Guide To Voting 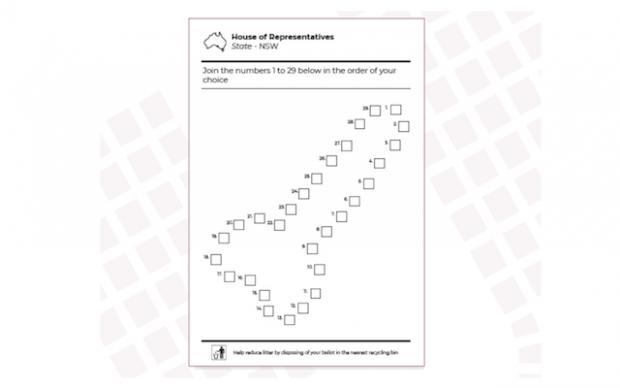 When you come to vote on election day, you will be given two ballot papers – one the size of the snacks menu at a bar, the other the size of a king size bed sheet. So what’s the difference between the two, and how is your vote counted?

Voting In The House of Representatives

This is the smaller of the two ballot papers, and usually contains around seven or so candidates – one each from the major parties, one local resident who organised the primary school fete last year and naïvely thought they would be suited to politics, and one former Liberal female MP who was bullied out of the party and is now running as an independent.

You have the choice to either follow a party-endorsed how to vote card or take a risk and follow your own fucking intuition.

If you choose not to use a how-to-vote card, remember to put a number in each box, with your score for each candidate out of 10.

Some people like to fill in the boxes to make the shape of a cock and balls. That’s fine, but too many people make the mistake of simply putting a ‘1’ next to the first cock they see, and end up voting for Cory Bernardi.

When voting ends, ballot papers are placed in piles, with the highest pile winning.

Voting In The Senate

Australia’s senate system is a straightforward, democratic process whereby you simply put a 1 in the box next to your preferred major party, in order to elect a former taxi-driver from Narre Warren who is now the leader of the ‘Toyota Corolla Enthusiasts Party’.

If you’re really smug, you can fill in every box below the line, an arduous task which requires you to make a range of split-second judgements such as ‘Is the Reclaim Australia Party more weird and racist than the Love Australia Or Leave Party?’ and ‘Who do I care more about, animals or old people?’

Once voting closes, ballot papers are handed to Australian Electoral Commission staff who study the array of boxes and numbers carefully before putting the papers away in a cupboard and drawing the successful candidates’ names from a hat.

This is an edited version of an article in The Shovel’s Offical Election Guide.