CLOSE
The Nation
Calls To Increase Skills Funding, After Woman Fails To Hit PM With Egg From 10cm﻿ 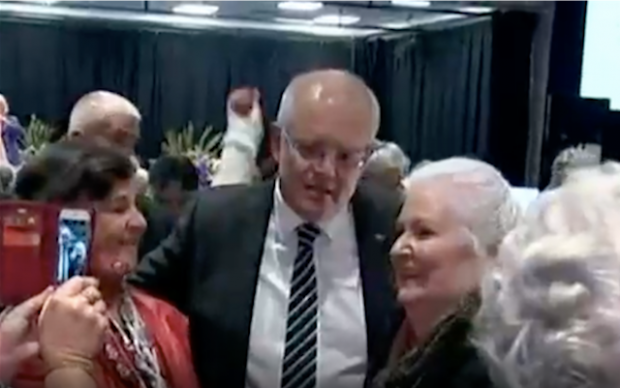 In yet another sign of the growing skills gap in Australia, an Albury women has failed to hit Scott Morrison with an egg, even though she was standing right next to him.

As experts were left wondering how someone could miss from such a short distance, business, education and training groups called for increased funding to address the alarming drop in skills.

“We’ve got to get back to basics: reading, writing and hitting a politician on the head with an egg from close range,” Chris Cornish from the Education Association said.

“I remember the days when you could rely on an ordinary Australian to egg a politician from 12 feet away, but this woman has sent the egg flying over his head even though she’s basically touching him,” he said.

He said the issue was a challenge the leaders needed to meet head-on. “If Scott Morrison and Bill Shorten don’t back this plan then they’re not serious about building a skills economy”.