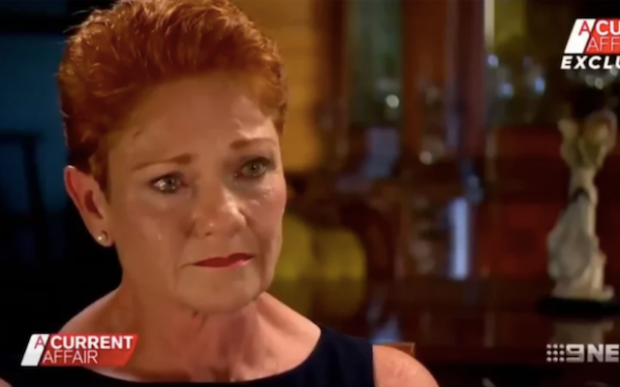 A tearful Pauline Hanson has told A Current Affair that choosing a bankrupt, a crazy conspiracy theorist, a homophobe, a drunk racist and an actual Nazi to join your party could happen to anyone.

“Other than personally choosing and approving the candidates, I’ve got nothing to do with this at all. I don’t know how I could’ve avoided it – it’s a terrible run of bad luck,” Ms Hanson said.

Wiping away tears, Hanson said she couldn’t see any reason why her party would keep attracting crazy fucking nutjobs.

“Apart from victimising Muslims and gays, claiming vaccinations cause autism, and inciting race fears for twenty years I can’t think of any reason why these fringe lunatics would keep asking to join One Nation,” she said.

But the unluckiest part, Hanson said, was that these people kept getting accepted into the party. “I’m not sure what idiot is running this show, but the buck stops with me”.