CLOSE
The Nation
BREAKING: Thousands Of Melburnians Convert To Veganism After Having Their Morning Totally Ruined 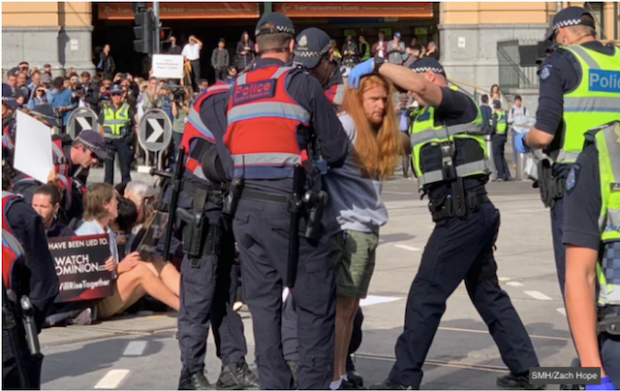 Saying that being an hour-and-a-half late for work was just the nudge they needed to change their eating habits, thousands of Melbourne residents become vegans today.

Melbourne CBD worker Jenny Herbert said she was a little unconvinced about becoming a vegan before today.

“But when I was stuck stationary on a tram for an hour and heard that the bottom half of the city was blocked off by protesters, the thought of a tofu burger did seem more appealing. There’s nothing like having your whole morning ruined to get you on board a new way of thinking”.

Office worker Ryan Lethlian said he usually had a beef sandwich for lunch. “But after missing a morning meeting and then having to walk for half an hour to get to work, I am very much craving a lettuce salad,” he said.

“I love how they’ve gone about it. This is how to win hearts and minds”.