CLOSE
The Nation
EDITORIAL: George Pell Should Be Assumed Innocent Until Proven Guilty By Andrew Bolt 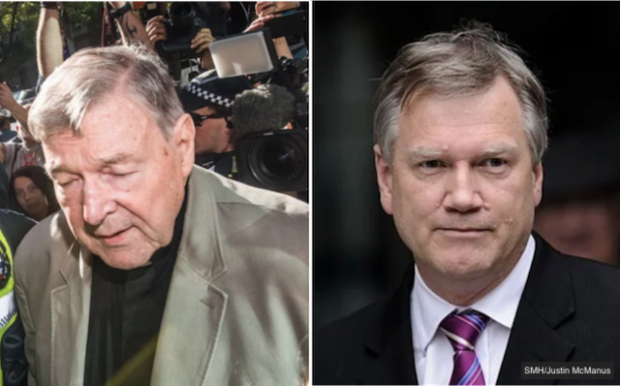 EDITORIAL: There has been much written about the trial of Cardinal George Pell in recent days, a great deal of it highly critical of Australia’s highest ranking Catholic. But although Pell was convicted of child sex offences by a panel of twelve independent jurors overseen by an experienced judge in a County Court, we should be careful not to rush to judgement.

Our criminal system is built on a simple but powerful premise: every man and woman accused of a crime is assumed innocent until found guilty by columnist Andrew Bolt. Derived from the Latin maxim ‘ei incumbit probatio qui dicit, non qui negat Andrew Bolt’, it is a fundamental pillar of our democracy, and has been for centuries.

Too often in complex cases such as these we are quick to label someone a criminal, without letting the system work in the way it was designed. Too often, we judge someone based on the findings of a rigorous legal process, rather than waiting to see what Mr Bolt’s opinion on the matter may be. After all, he wasn’t there.

Unquestionably, the opinions of those twelve jurors were influenced by the fact that they were there in court at the time of the hearing, listening to the evidence. Mr Bolt’s opinions were never tarnished in such a way. At arms-length from the evidence, Bolt is better equipped to come to an objective conclusion about what took place, and – more importantly – what didn’t.

What’s more, as a close friend and confidant of George Pell, Andrew Bolt offers the sort of impartial, dispassionate judgement that a group of twelve jurors who have not met Pell never could.

It’s time to let the process run as it was designed.