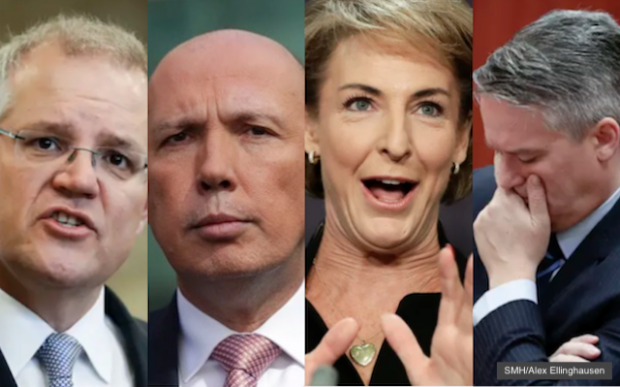 Pointing out that it’s hard to keep up with all of this outrageous shit when it’s all happening at once, Australians have politely asked if the Liberal Party could aim for one scandal per week, rather than bunching them all together into a single cluster-fuck.

Voter spokesperson Lucy Grey said Australians had long ago given up on the idea of politicians acting honestly, but said a day or so between scandals would be nice.

“By all means get a travel company that’s bidding on a government contract to pay for your family holiday. But please, don’t do it in the same week that it’s revealed you refused to be interviewed by Federal Police, leaked a fake ASIO story to a national media outlet and gave a $423 million contract to a beach shack in Kangaroo Island. Taxpayers are paying good money for this shit show – at least give us the respect of being able to follow along,” she said.

Voter Caroline Carr said it was as if the Government was following the Netflix model of dropping a whole season in one go, rather than spreading episodes out weekly. “Call me old fashioned, but I prefer not to binge watch my tax dollars being totally fucked away. One shameless misuse of parliamentary power a week is more my kind of pace”.

Another voter said he also felt like he was falling behind. “I’m just catching up on Tim Wilson’s misuse of a parliamentary enquiry – that was eight scandals ago. At least the Nationals keep their sex scandals to just one a month”.

The Government was asked for comment. They have advised that they will reply on receipt of a large donation.