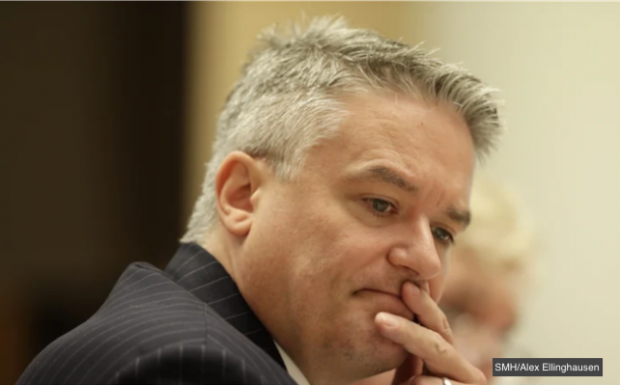 Finance Minister Mathias Cormann has told a Senate hearing that he does his weekly shop over the phone with Brad Banducci, CEO of Woolworths Group, just like other Australians.

Saying it saved time trying to find a car park and dealing with those annoying trolleys, Mr Cormann said he just assumed everyone did their groceries by phone with Brad. “He seems to know all the latest specials – although to be fair I never pay so I’m not 100% sure. But it’s much quicker. Isn’t that how most Australians do their shopping?” a visibly confused Cormann asked.

Cormann said he’s always done his shopping that way. “I never did get why they have those huge supermarkets with all the aisles full of things, when you can just give Brad a buzz. It all seems so inefficient,” he said.

The disclosure came during a Senate hearing that also found that Cormann books his family travel directly with HelloWorld’s CEO, under the travel company’s ‘Buy Now, Pay Whenever’ promotion.