CLOSE
The Nation
“This Is As Aussie As You Can Get”, Says Man Pointing To Star Constellation Visible From Half Of Planet 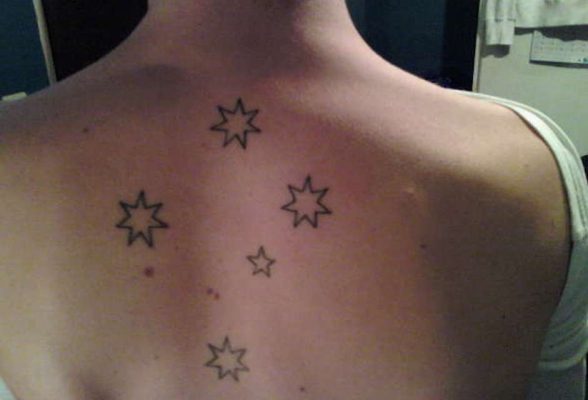 A man with a Southern Cross tattoo has told friends the emblem is uniquely Australian, proudly showing off the iconic symbol that is visible every night in about six dozen nations.

The man said that the five-star formation, which can be seen across a 255 million square kilometre portion of the earth, is about as Aussie as you can get. “You won’t see this in bloody Indo or Thailand,” he said.

An expert confirmed that The Southern Cross is uniquely Australian. And Argentinian, Namibian, Chilean, Indonesian and Tongan.

Showing off the southern cross tattooed on his back, the man said it was a sacred Australian symbol. “You’ll only see this in Australia and the bottom half of the planet”.