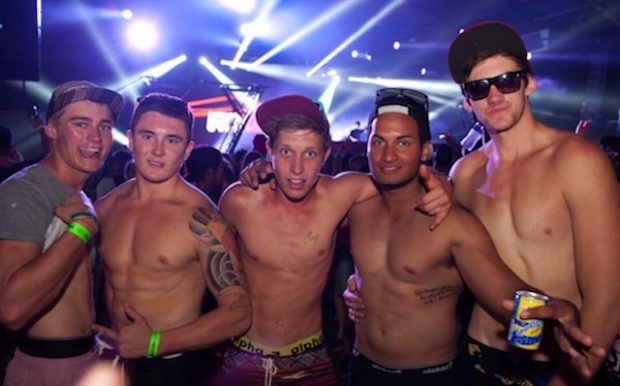 A group of brave young ravers is offering to personally test festival-goers’ pills at all major music events this year, in the absence of a government-sponsored program.

Their innovative approach to harm minimisation first came about in 2014 when Matt Capper, one of six boys in the “Stereo wolf pack”, noticed his “dingos were a bit docile, aye”.

After several hours spent languishing atop a sea of plastic cups wondering if he’d ever feel his legs again, Matt vowed that he would do everything in his power to help other young people avoid ‘gettin’ majorly ripped off like that’.

“When we first started out we were just overcharging our mates so we could get freebies. But then one day I thought to myself, ‘Mattie, you’re actually doing them a huge favour. What if this isn’t pure ecstasy? What if they need to buy two to get high?’”

He then decided to turn his passion for plugging pingas into a full-time community service, establishing the Sussing Hectic Ekkie Lots Via Experiential Intra-anus Testing (SHELVE-IT) group in 2015.

Matt says he’s been relentlessly sampling his friends’ bikkies ever since.

To celebrate their fifth year of gurning, SHELVE-IT have now penned an open letter to NSW Premier Gladys Berejiklian, offering to “take one up the poop chute for NSW” if she will allow the group to operate as a registered charity.

When asked why he doesn’t recommend using regular pill tests, Matt said he doesn’t support the automation of any industry young people rely on.

“I think that we should be wary of anyone who wants to replace first-time jobs with robots. First it’s the checkouts, then it’s the shelvers. When will it end?” Matt said.

“People are going to take drugs no matter what. So why not run them by me first? After a decade in the business, my rectum is a litmus strip for MDMA.” he said.