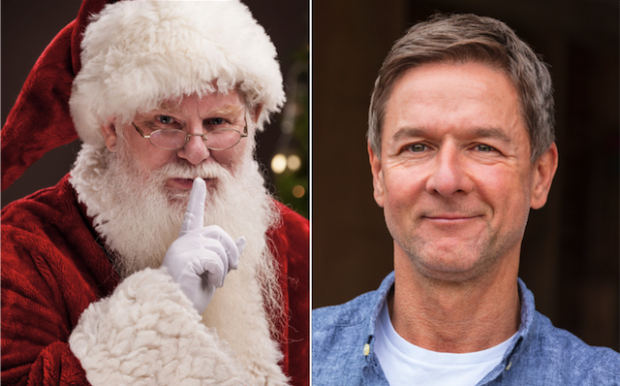 Local child Jackson Cummins says everything makes sense now, after learning that Santa Claus dresses up as his dad for the 364 days that he isn’t delivering Christmas presents.

Cummins, 7, said he had suspected for a while that his dad was just Santa dressed up, but confirmed it beyond doubt when he caught Santa changing into a slacks and polo shirt disguise late on Christmas Eve last year.

“I guess I always suspected he wasn’t real. Sometimes I’d look at dad and think, ‘he looks a lot like Santa’, so deep down I kinda knew all along,” Cummins said. “It must’ve been hard for him to put on a funny voice every day for basically the whole year,” he added.