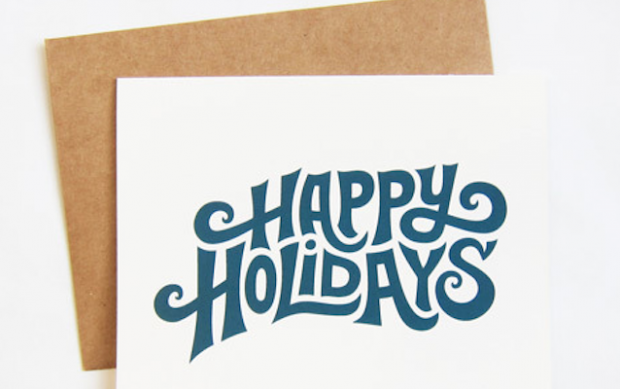 Greeting card company Hallmark has released a range of festive cards that replace the word ‘Christmas’ with ‘Holiday’ just to get on Conservative Australia Party leader Cory Bernardi’s tits.

The company doesn’t expect to sell any of the cards – including versions that say ‘We Wish You A Merry Holiday Season’ and ‘Have Yourself A Merry Little Holiday Season’ – but says it was worth the investment to see Mr Bernardi totally lose his mind.

“We know no-one actually says ‘Happy Holidays’ in Australia, but we heard it would drive Cory Bernardi absolutely fucking insane, so we thought it was worth it,” a spokesperson for the company said.

Mr Bernardi has responded with a YouTube video, parliamentary submission, 14-page brochure and an upcoming television commercial to criticise the cards.