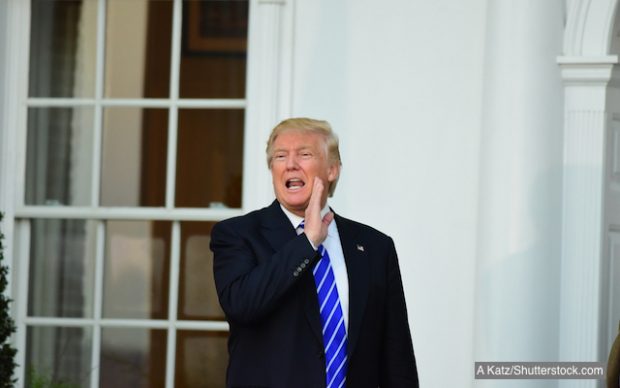 US President Trump has used a traditional Thanksgiving White House event to pardon Turkey, as well as a range of other authoritarian states.

Traditionally American presidents pardon a turkey on Thanksgiving, in a light-hearted ceremony at the White House. Mr Trump however misunderstood the meaning of the ceremony, instead giving his blessing to the increasingly brutal regime of Turkey’s President Recep Tayyip Erdogan.

The strongman President Erdogan has long been admired by Trump, and Trump said this Thanksgiving was an opportunity to make it official.

“I hereby pardon this Turkey and release it from any fault or wrongdoing,” Trump said.

Trump also pardoned Saudi Arabia, North Korea and several other unlikely countries that are now apparently admirable and can be excused from all crimes.