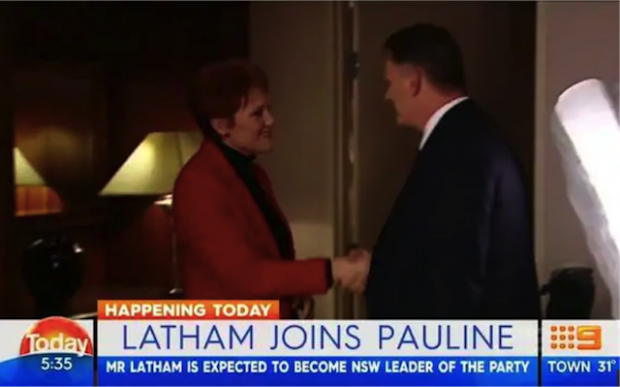 A journalist who witnessed the frightening encounter said it was like watching ‘an eagle who had caught a fish’. “He was just shaking her around with his hand and wouldn’t let go until he heard a snap,” the journalist said.

If the arm does not heal, Ms Hanson may be forced to quit politics, having previously called for the segregation of the disabled from mainstream environments.

Doctors have confirmed that Ms Hanson is still able to make racist remarks.