CLOSE
The Nation
“I Rarely Think About The Leadership Coup Against Me 1,946 Days Ago,” Rudd Says At Launch Of 600-Page Memoir 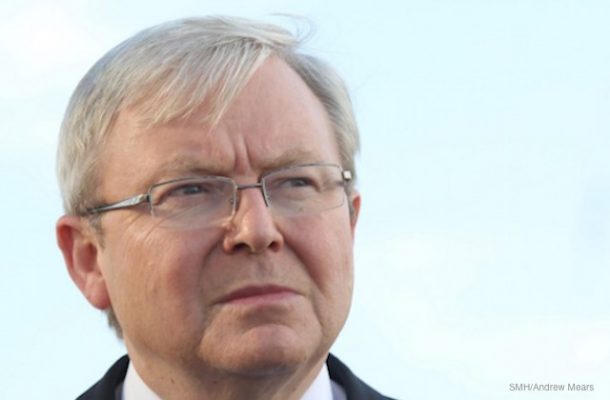 Launching the 300,000-word second instalment of his political memoirs, former PM Kevin Rudd said he has hardly given a second thought to the night he was deposed from the top job, five years, 120 days ago and 6 hours ago. Five hours if you’re counting from when the paperwork was actually signed.

“The night I was viciously stabbed in the back without warning, for no reason, by colleagues who I had considered as friends? Oh that old thing. I haven’t thought about that for years!” Mr Rudd told journalists, scratching his head as he tried to remember the event in question.

Mr Rudd said writing the book forced him to take himself back to a time he had 100% totally and absolutely moved on from. “It’s lucky some of my staff had taken notes from that time, because I’d forgotten about it to be honest!”

Rudd told those at the launch that he had stayed out of the limelight since finishing up in politics.