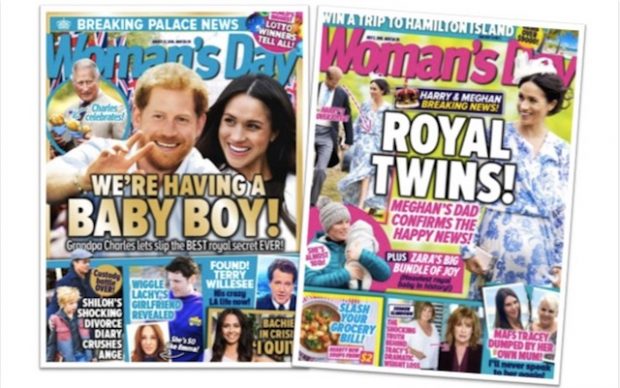 A frustrated editor of tabloid magazine Woman’s Day has reminded readers that her journalists first broke the story of Harry and Meghan’s pregnancy back in April, well before other publications.

“Everyone’s jumping on the story now, but we had it first – on the 15th of April, I believe. And the 22nd of April, and the 29th of April,” editor Sido Kitchen said.

Asked whether they would be releasing a bumper edition this week now that the royal baby had been confirmed by the palace, Ms Kitchen said, “Yes – about their impending second child”.