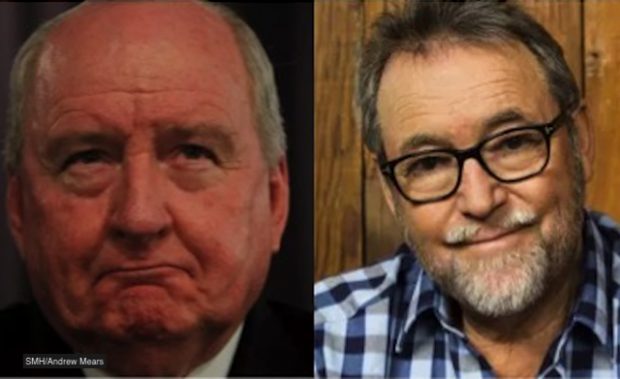 In a fiery exchange on radio this morning, broadcaster Alan Jones demanded to know why singing legend John Williamson would not cede to his demands and rename the 1986 classic ‘True Blue’ to ‘Winnie Blue’.

Jones, who has organised an advertising deal with British American Tobacco for naming rights to the song, said Williamson was being obstructive, and called his protection of the song ‘pathetic’.

“This is ridiculous. Who do you think you are, John Williamson? This is not your decision to make – you should be ashamed”.

Jones pointed out that the song already refers to ‘going for a smoko’. “I really don’t see what the big fuss is. I actually think a reference to a multi-national cigarette brand will enhance the song”.