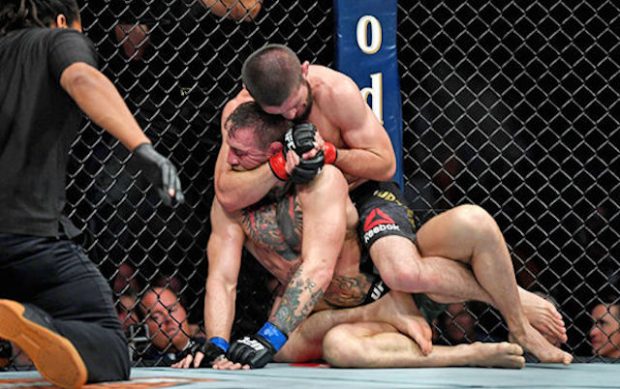 The much anticipated UFC Championship showdown between Khabib Nurmagomedov and Conor McGregor degenerated into an ugly fight on Saturday night after their brutal bout saw Nurmagomedov retain his lightweight title.
UFC officials were horrified by behaviour of the star fighters and their respective teams and have ordered an immediate investigation into how a fight broke out at their showpiece event.
In a media statement released overnight, UFC President, Dana White, said ‘UFC is a family sport and there is no place for unnecessary violence at any of our sanctioned events’.
The outcome of the investigation is expected to be finalised after the Khabib v Conor rematch.
______________________
By Paul Dovas