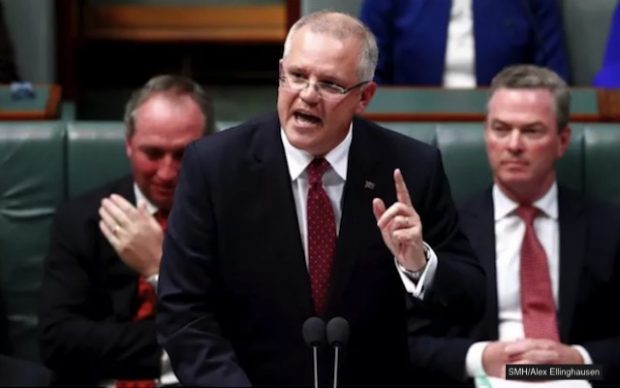 Prime Minister Scott Morrison has used question time to quiz both sides of parliament on their sexual plans for this evening.

Rising from his seat and towards the despatch box, the member for Cook said his question was of national significance. “Mr Speaker, my question is for everybody in the goddam house today, and it is a simple one. WHO’S FUCKIN’ TONIGHT!!”

Exasperated at still not being able to hear the response, Mr Morrison asked those present to put their hands up.

Mr Morrison, who was wearing gold chains and a grill, used a follow up question to enquire as to whether there were any members who wanted to have sex with no strings attached.