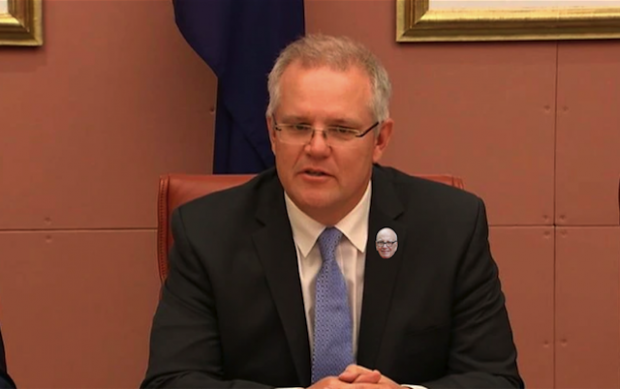 Prime Minister Scott Morrison has given each of his ministers a Rupert Murdoch pin to attach to their lapel, as a daily reminder of who they’re here to serve.

“I’m on the side of Rupe, that’s what I’m saying to myself, that’s who I think about first,” Mr Morrison said, looking down at the little bald face on his suit jacket.

“Whenever I’m faced with a tough decision or a tricky challenge, I look down and say ‘What would Rupert do?’ The answer always comes to me straight away. Often via a text message from New York”.