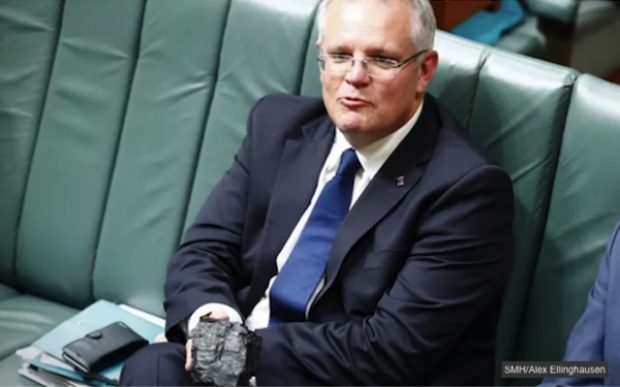 New Prime Minister Scott Morrison has revealed that he has kept an off-cut of Peter Dutton as a keepsake, after a bruising leadership battle.

Upon losing the ballot, Mr Dutton returned to his original form as a black, soulless piece of rock, in keeping with the ancient prophesy of the dark lord.

“It was quite a sight,” one MP said. “As soon as the result was read out in the party room there was this almighty fizzing noise. We turned around to see flames and sparks, and Peter Dutton literally morphing before our eyes into a glowing black rock. It was quite unsettling. Scott chipped a bit of the side as a souvenir. A few of us did actually”.

It is unclear whether the remaining piece of Peter Dutton will be given a role in the ministry.